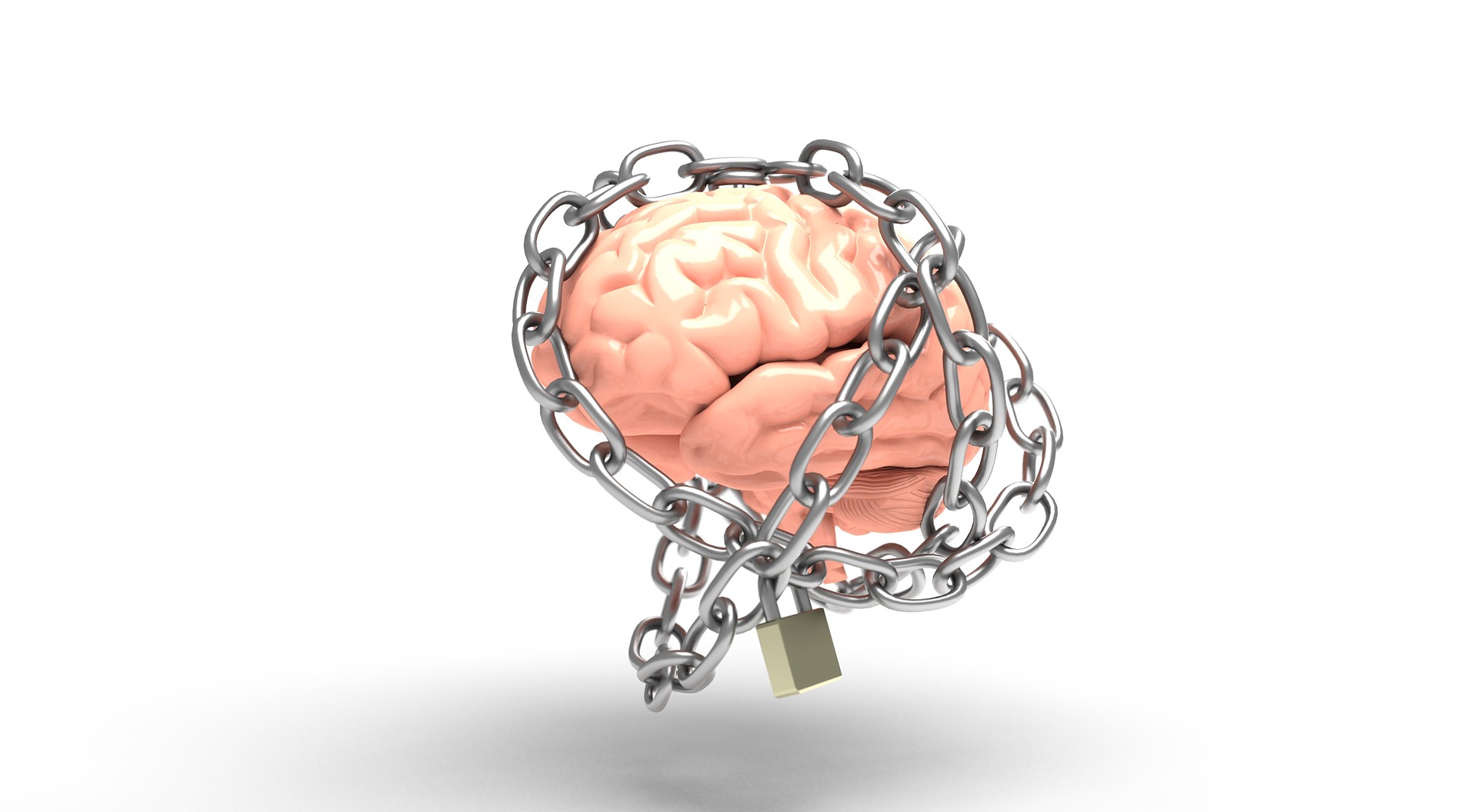 In last month’s blog on ‘overthinking’, I explored how depression and anxiety are closely linked to the thinking traps of rumination and worry. October is OCD Awareness Month, so I thought it would be interesting to explore the thinking traps which are particular to this anxiety disorder.

Obsessive Compulsive Disorder, known as OCD, is characterised by distressing intrusive thoughts such as ‘what if I cause harm to others’ or ‘what if I do something really embarrassing or out of character?’  The interesting thing is that we all have intrusive thoughts and doubts which pop into our heads – they are a normal and common part of the human experience.

The difference for people experiencing OCD is that they tend to believe that these intrusive thoughts are either true and/or important. This is known as the over importance of thoughts. The problem lies in how the thought is interpreted rather than in the thought itself. An example of this might be saying to ourselves, ‘I had a bad thought about that man, so I must be a really awful, immoral person,’ or, ‘I had a thought about death when I was with my mother, so now she’s going to die’.

Over the years I’ve worked with many people who have struggled with OCD, and they are among the most conscientious people I have ever met. This is because OCD is linked with an inflated sense of responsibility. This thinking trap may have developed from childhood experiences, such as being a carer for family members who are unwell, or witnessing domestic violence and taking on the role of peacemaker. There is a belief that, ‘it’s up to me to protect others and to make everything right in the world,’ and, ‘if I don’t do it no one else will’. This can lead to excessive checking behaviours such as repeatedly checking windows, electrical appliances and taps prior to leaving the house, or excessive cleaning to ensure that any potential germs are not spread to others.

As with any anxiety problem people struggling with OCD tend to fall into the trap of overestimating risks and awfulness. This is because when our threat system is activated our attention is drawn to any possible source of danger so that we can protect ourselves.  For example, if someone with contamination concerns sees a red mark on the floor, they will immediately focus on it and jump to the conclusion that it is blood which could infect them and they will die. This is linked with another thinking trap known as emotional reasoning, which means that you assume that danger is present based simply on the fact that you are feeling anxious.

Associated with this focus on risk, people with OCD also tend to have perfectionist traits and to have high standards for themselves and others. There is a desire to get things ‘just right’ and to ‘feel certain’ about things, as this way there is less chance of something bad happening and they can feel more at ease. An example of this might be the need to feel sure that you have completed a form correctly, or that your flat is 100% clean.

Magical thinking is another common thinking trap in OCD. Put simply, this is an extreme version of wearing your lucky scarf when you go to the football. Magical thinking is the assumption that by performing a certain action you can prevent something bad from happening. An example of this could be, ‘if I count upwards in intervals of three whilst my partner is driving home from work then they won’t be in a crash,’ or, ‘if I dress my daughter in a certain order then she will have a good day at school’.

Cognitive Behavioural Therapy can help people struggling with OCD to break this vicious cycle, to have a different relationship with their thoughts, and to live a freer life.

Check out my February 2019 blog where I reviewed ‘Break Free from OCD’, an excellent resource which you may like to work through alone or with a therapist.

OCD Action is the UKs largest charity for OCD and you can find lots of useful information on their website. They also have support groups throughout the country and a helpline and email support service.

OCD UK is a charity run ‘by suffers for sufferers’ they publish a quarterly magazine for members called ‘Compulsive Reading’.

And, as always, Mind has great resources too.